The Guide to Austin Architecture adds a new tour to its list today.

AIA Austin’s mobile-friendly website now offers Happy Trails, a tour of 14 attractions on the downtown walking and cycling route by Ann and Roy Butler. The tour sheds light on intriguing, obscure landmarks stories that trace the story of the lake’s revitalization in downtown Austin.

“We wanted to share our love for this trail and bring Austinites a new experience through these strange times,” said Ingrid Spencer, executive director of AIA Austin and the Austin Foundation for Architecture. “So many sights along the way have incredible stories – from monumental to secular.”

“Happy Trails” was produced by local architect and travel researcher Bud Franck with support from the Trail Foundation. Franck co-wrote the guide’s first tour, “Austin’s Main Street,” which was released last September. This tour included 25 stops along Congress Avenue from the lake to the Texas State Capitol.

The new tour stretches for 10 miles and includes places like the Seaholm Power Plant and its lakefront building. Buford Tower, built in 1930 as a derrick for the Austin Fire Department and now a bell tower; and the mid-century Fannie Davis Gazebo, which was listed on the National Register of Historic Places earlier this year. 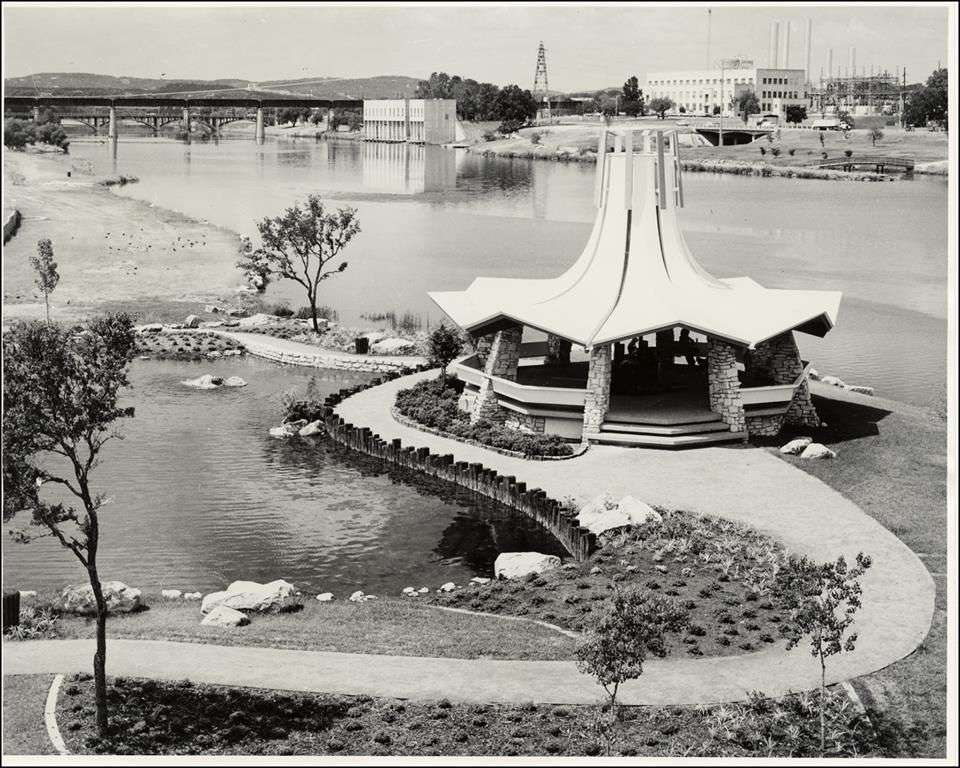 A 1969 view of the Fannie Davis Pavilion at Vic Mathias Shores in Town Lake Metro Park as it was being completed. The Seaholm power station can be seen across the lake. The pavilion was recently added to the National Register of Historic Places. Picture: Austin History Center, PICA 09283

US Secretary of Defence Austin to tour Asia