The Biggest Austin Restaurant Stories of 2020

At this point it is almost a cliché to compare 2020 to a dumpster fire, but this year has been especially difficult for those in the restaurant industry. As expected, the biggest stories of 2020 centered around the ongoing COVID-19 pandemic as companies faced an uncertain future and confused regulatory changes with little government support. The year also included periods of social unrest: in late May, Black Lives Matter’s protests against police brutality and systemic racism began shortly after the death of George Floyd in Minneapolis, leading to a broader calculation of social justice in the United States – including outrage over allegations of racism, sexism and other abuses in the restaurant industry.

In the midst of the ups and downs of the turbulent year, there were moments of lightness: Queer Eye’s Fab 5 landed in Austin; new options for sushi, fried chicken, and sandwiches; and a beloved grill character making her Netflix debut.

Read on for the best Austin restaurants in 2020.

For restaurants, the pandemic was a year of chaos: opening, closing, moving, deciphering ambiguous regulations, and investing in patios and PPE – all with very little help. For bars, which technically still can’t be open in Travis County unless they serve food, the situation is even worse: Over 10,000 restaurants in Texas have closed this year, and estimates are set to close 30 percent in the next six months more closed. For more information on how restaurants are adapting to the COVID-19 pandemic, see the Eater series of Austin top restaurants.

SXSW is canceled due to COVID-19 concerns

For many people, the moment the COVID-19 pandemic became real was March 6th when South by Southwest decided to cancel its annual festival a few days before the event. This marked the first time the festival had been canceled in 34 years and restaurants, which were seeing huge sales increases from increased numbers of tourists and event buyouts, began to worry.

When nationwide police protests erupted in June this year against the deaths of George Floyd, Breonna Taylor and others, many restaurants in Austin showed solidarity with the Black Lives Matter movement. This came in the form of protests, donations when profits were already tight, or promoting the city’s black businesses.

In June, Austinite Trina Nolen Schaff appeared to share several posts on Facebook that belittled the Black Lives Matter movement, as screencaps show. Her husband Brian Nolen is a co-owner of K&N Management, the company behind the fast-casual restaurant chain Mighty Fine Burgers and the franchise locations of Rudy’s Bar-BQ in Austin. The internet backlash was quick – people vowing never to eat in restaurants again, calling for stores to be boycotted, and posting messages of support for the Black Lives Matter movement on restaurant social media accounts and Yelp pages . In the meantime, several former employees reported harassment in the company. Schaff has never apologized or admitted to creating the posts, although K&N was quick to condemn Schaff’s statements and reached out to former employees who alleged harassment. 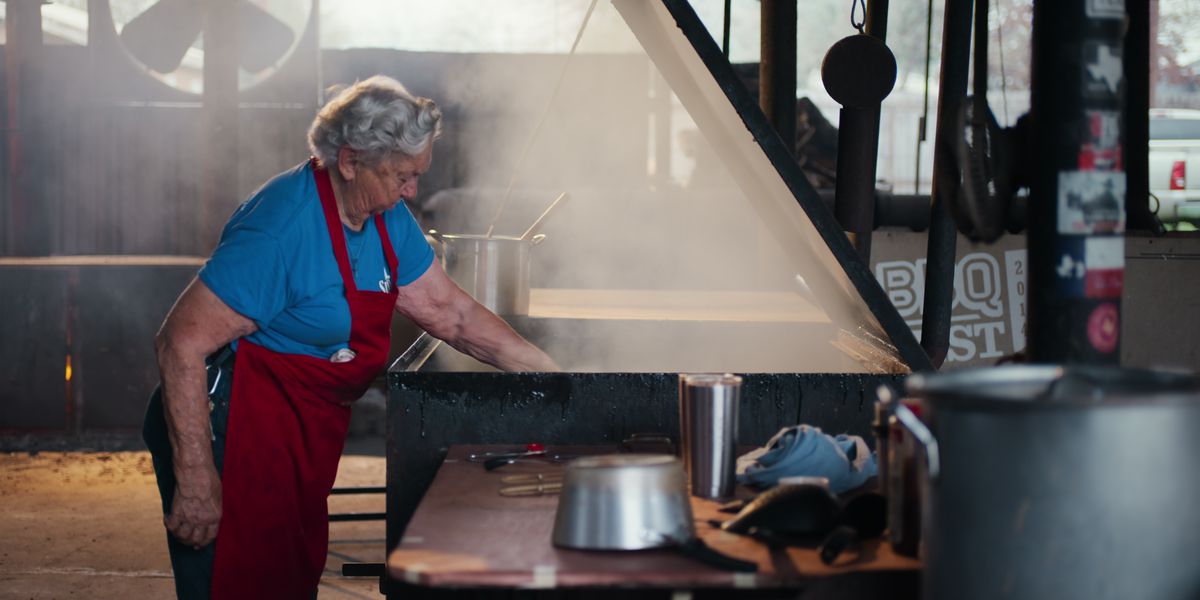 Tootsie Tomanetz at Snow’s BBQ on the Netflix box [Official]

Tootsie Tomanetz on the chef’s table

Netflix’s critically acclaimed documentary food series Chef’s Table this year featured the beloved Texas pitmaster Tootsie Tomanetz from Snow’s BBQ. The episode, released in August, had some great lines about crickets and the life of Tomanetz.

Another personality at the Austin restaurant, Beaux Hobbs, the owner of Buda seafood trailer Beaux Seafood, demeaned the Black Lives Matter movement on his personal Facebook page in June, including posts that spearheaded a number of conspiracy theories about George Floyd’s death advertised as eater at the time. Again, the response was instant – people left negative reviews and comments on the truck’s Yelp page, while local organizations encouraged followers not to visit the store on Instagram – although Hobbs never apologized or responded to requests for comments.

The popular Tex-Mex restaurant closes and reopens with new management

Crestview Restaurant Enchiladas y Mas closed in April after 26 years of business. The closure was short-lived, however, as Eva and Carmen Hernandez, who were previously managing directors of the restaurant – and the daughters of the late co-owner Roe Hernandez – bought the restaurant and reopened in August. The menu remains the same.

Another Korean fried chicken restaurant has joined with the Korean chain BB.Q Austin, which opened in August. BB.Q (stands for “Best of the Best Quality”), opened in the highlands with wings, chicken, Korean specialties and a fully equipped bar. 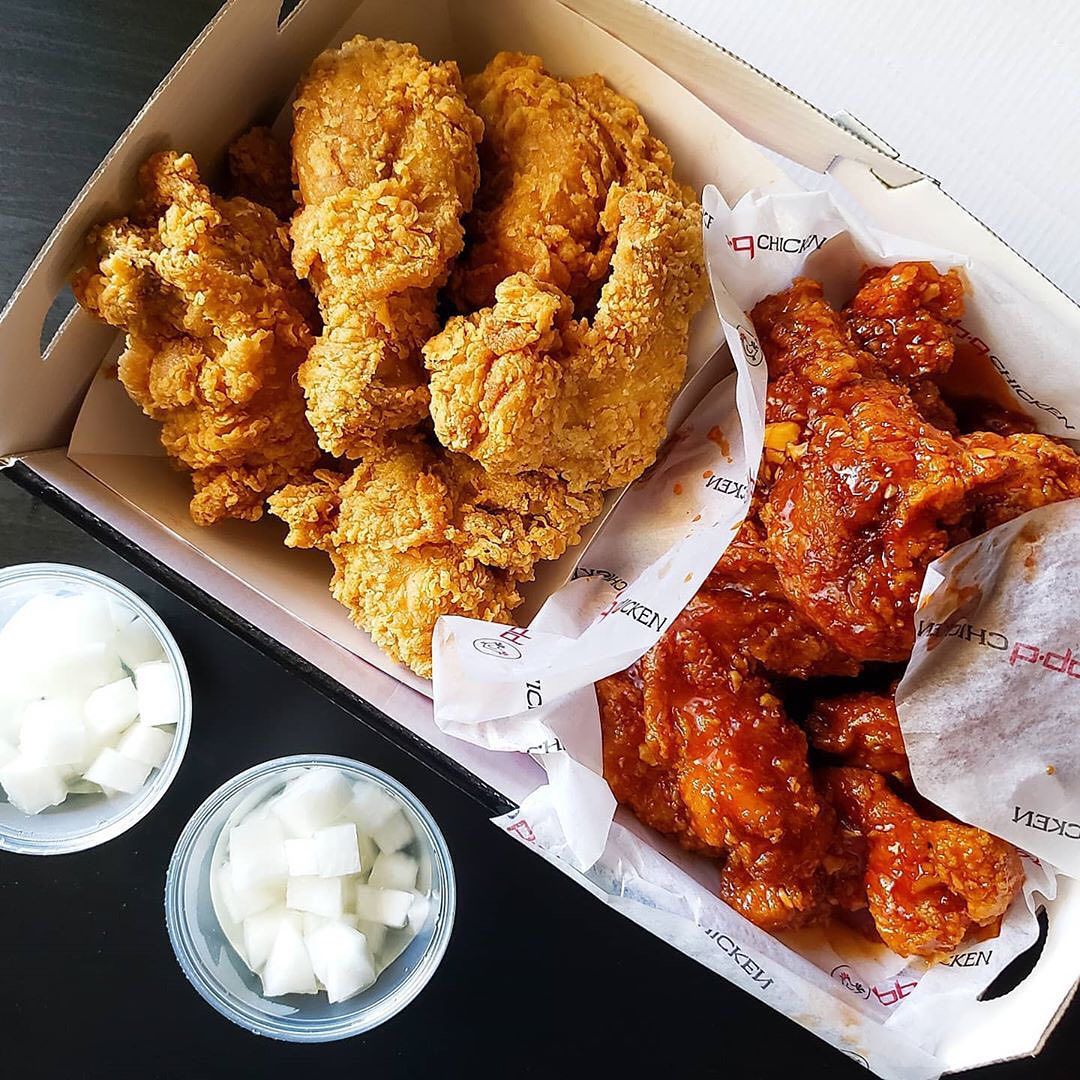 Bars in Texas were allowed to open briefly this spring, provided they were 25, then 50 percent busy, had social distancing measures, and had table service only. The Memorial Day celebrations quickly proved that many bars were violating these regulations, and on June 23, four Austin bars (Unbarlievable, Whiskey Tango Foxtrot, Soho Lounge and Buford’s Beer Garden) were suspended for 30 days of liquor licenses. The suspensions were largely controversial when Governor Abbott ordered the bars to close again by June 29.

Unbarlievable’s time in the limelight of defying safe operating rules sparked anger against the bar, whose owner Brandon Cash has made racist and misogynistic comments in the past.

Tsuke Honten opened as a $ 29 omakase food truck in February and quickly became the hardest-to-get reservation in town. In November, Chef Michael Che announced that he would be moving the Omakase to a new restaurant, Tsuke Edomae, which will open next year in the former Kyoten Sushiko. The truck will focus on skewers, with Monika Vasquez taking over the management of the chef.

Almond croissant expert Kendall Melton (former pastry chef for Contigo, Sugar Mama’s and others) has set up her own bakery, Vivian’s Boulangerie. Vivian’s was named after her late cat and was originally sold through the farmers market app Vinder before moving to Melton’s own website.

Queer Eye is coming to Austin

In early March, the Fab Five presenters of the Netflix series Queer Eye announced that they would be filming the sixth season of the show in Austin. However, this whole pandemic has put the show off for a few months. In the meantime, food expert Antoni stayed in town, adopted a dog from Austin Pets Alive, and whipped up a new show from his quarantine kitchen. Although initial reports said filming for the Austin series resumed in July, there still appears to be a hiatus.

Remember in February when we were excited to hear that Aaron Franklin and his partner James Moody were turning the long-abandoned Uptown Sports Shop in East Sixth into a sandwich shop? Those were more optimistic days. Expect sandwiches, gumbo, breakfast, and a full bar when it opens.

Prominent Austin activist to get farm named in her…

Cinco de Mayo food and drink deals and specials in…