Last but not least, the opening of Tyndall in Robertson Hill – East Austin’s newest luxury condominium building – has expanded the diversity of the housing stock in the blocks between East Seventh Street and East 11th Street above I-35 The freeway front looks a bit like an example for what kind of excavations there are in the area right now.

The 171,000 square meter residential complex is located on the western edge of the Guadalupe neighborhood in Central East Austin and is complemented by a single family home (the historic Lopez House). To the south is La Vista de Guadalupe, an affordable, multi-family rental complex developed and operated by the nonprofit Guadalupe Neighborhood Development Corporation (which also owns and operates the Lopez House as an affordable residential property). To the north there are two standard apartment complexes, Eleven by Windsor and AMLI Eastside.

For some, the Tyndall is a significant step in downtown’s “hopping on the freeway,” as it is sometimes called – the advancement of new developments on the east side of I-35 that make the neighborhood look and function more like its western counterpart (Independent Whether this is a good thing or not we leave it to local residents, developers, real estate agents, planners, and other experts for now. Momark Development Senior Developer and President Terry Mitchell echoed many contributors to the Tyndall and other East Side Projects and told the Austin American-Statesman that “it’s amazing to see this expansion of downtown toward the east,” including his own on projects like the Plaza Saltillo development.

However, there are a few things about Tyndall that set it apart from luxury condominium complexes on either side of the highway. For starters, it’s relatively modest in size (182 units) and height (six stories or about 70 feet tall). It also offers a range of unit sizes and amenities, making those on the lower end not impossibly expensive for a reasonably large segment of the local home buying population. 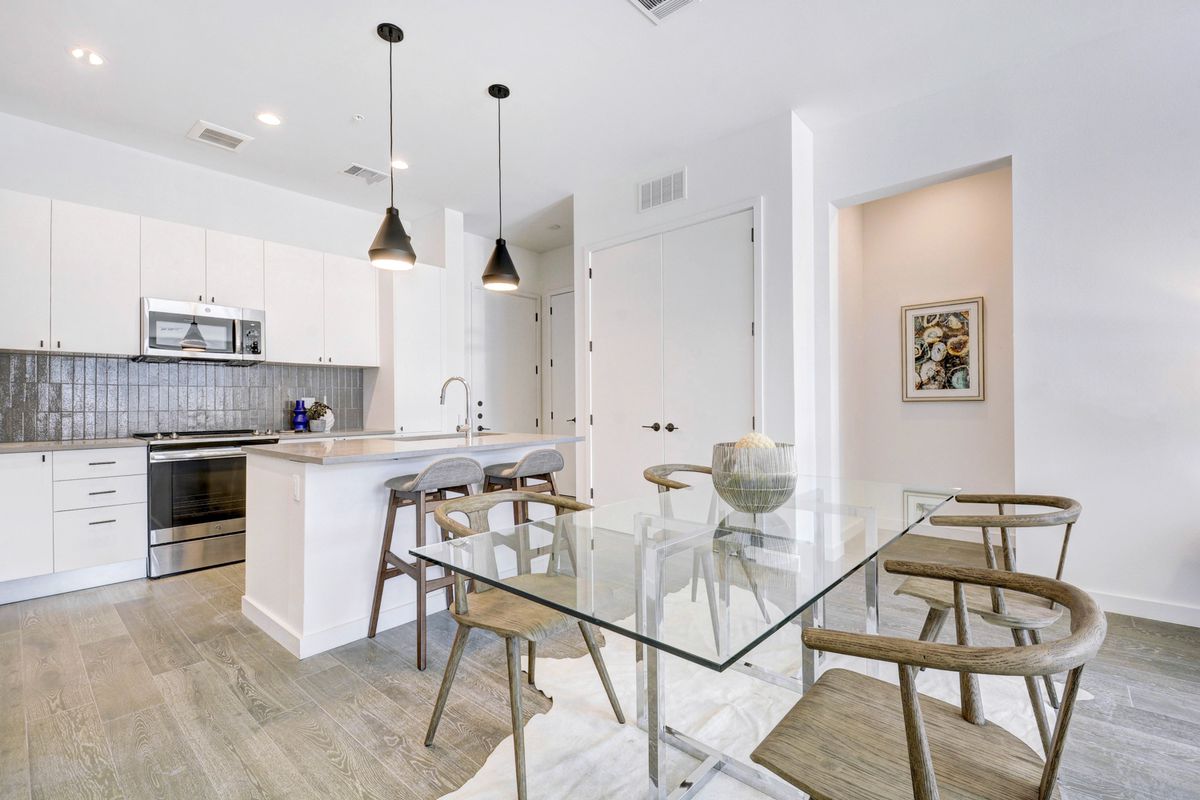 Combined with its size and cost differences, what sets the Tyndall apart from many luxury condominium projects is luxury – not only well-equipped, but also with an innovative design that is both functional and visual. This is in large part due to the work of two highly acclaimed local designers who worked closely with Mitchell and his team, including architect Humphreys & Partners and the White Construction Company.

Valued longtime local designer Joel Mozersky (whose work can be seen in countless Austin restaurants such as Mattie’s, La Condesa, Lonesome Dove and Uchi, as well as beautiful residences across town) was the creative force behind the building’s clubhouse and everyone else Residential units. In addition to features like 10-foot ceilings, floor-to-ceiling glass windows, and oak floors, the condos come in one of three palettes of Mozersky’s creation – light, dark, and gray – depending on the buyer’s choice. 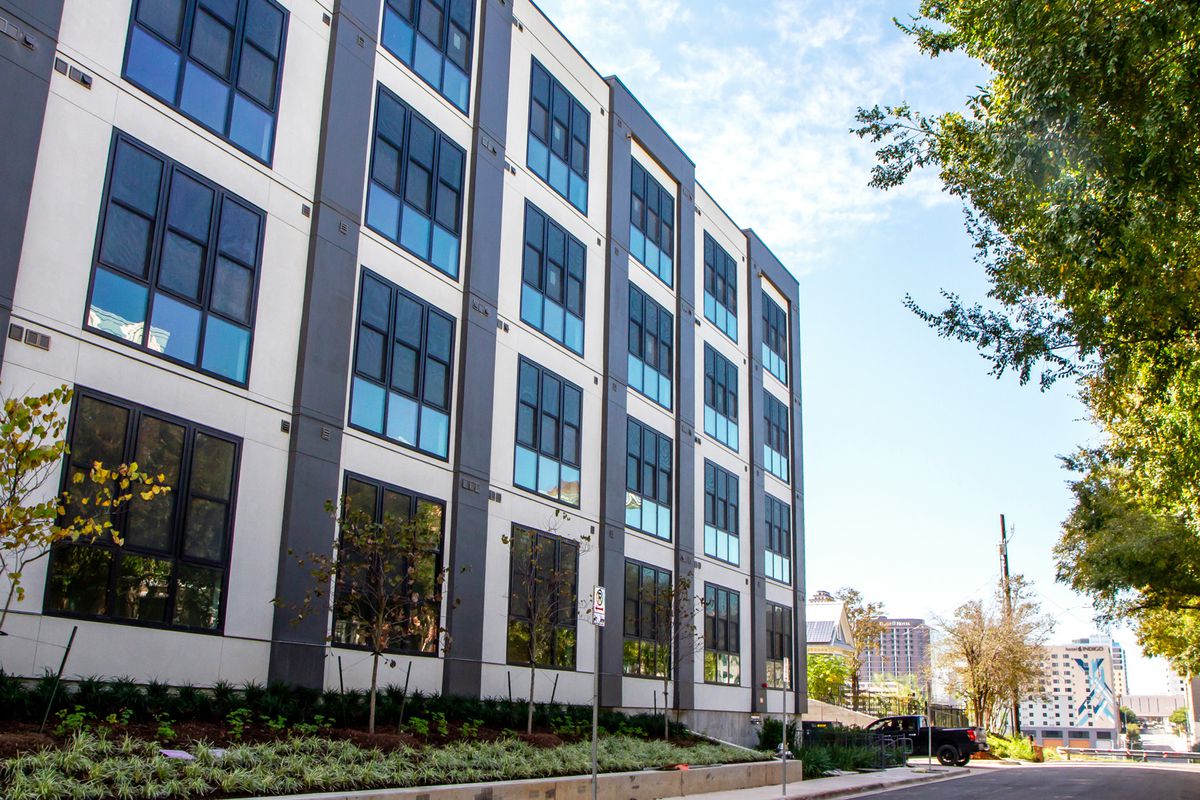 The impressive roof area of ​​the Tyndall was designed by the award-winning local landscape architecture firm dwg. The focus of the design is a unique piece of sculptural architecture that acts as a shadow by day and a lantern by night. It was designed by dwg (which also created its “sister structure” in the Fareground downtown) and built by Patriot Erectors. The structure also acts as a work of art for the community – a concept that runs through the company’s design for the entire rooftop area and includes an expansive pool deck with prime views of downtown, outdoor kitchens, and an intimate grotto area with a community courtyard and fire pit and a detailed landscape. 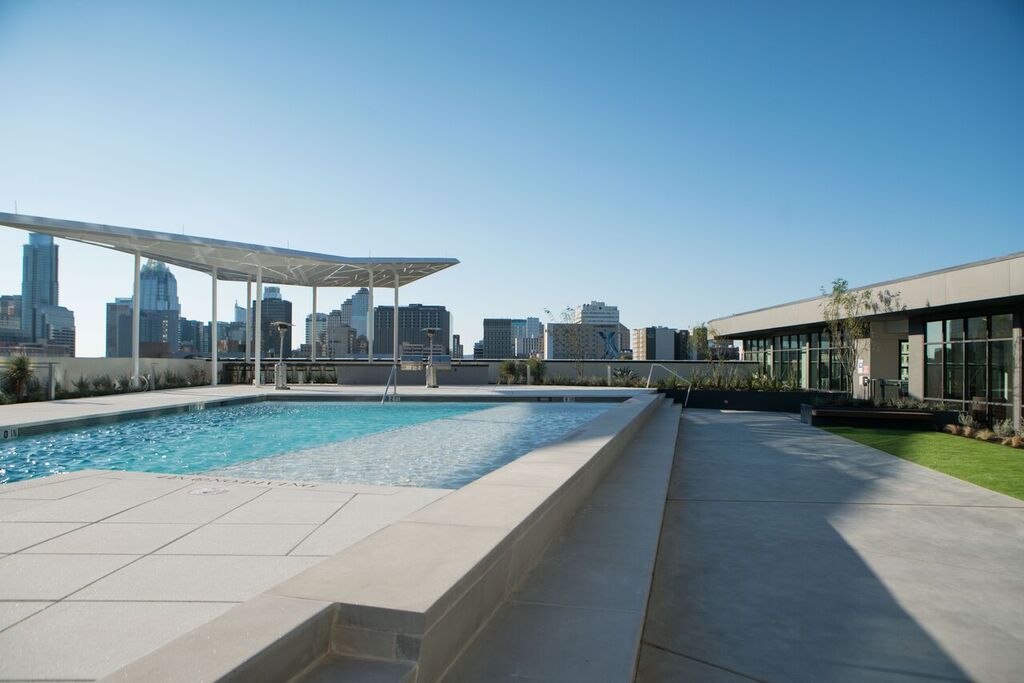 The concept of community, which also prevails in the common interiors, was important to Mitchell and those who worked on the planning and construction of the Tyndall. “Our conversations around the landscape started early and were all very meticulous,” said Daniel Woodroffe from dwg. “When you have an owner whose stance is open-minded and yet celebrates city life, projects naturally become more community-oriented. The Tyndall is a great testament to the creative and thoughtful vision of Terry and his team. ”

What Is Deep Tissue Massage Bruising

City of Austin claims to be targeted by…

After Yearlong Ban, Austin And Travis County Will…