The long-awaited opening of the Austin Proper Hotel and Residences is finally here – kind of. The building in the city center, which laid the foundation stone in 2016, is open to a “preview phase”, which was announced at the end of last month.

What exactly does that mean? You might ask. Here’s the thin: the hotel operates full service and accommodates guests. Most of the rooms and suites are not open and more are being opened every day. Two of the four planned restaurants and bars – The Peacock and Goldie’s – have opened, although Goldie’s is currently available to hotel guests and local residents.

Speaking of local residents, the company has marketed and sold its 99 luxury residences from the start, and Proper Hospitality announced last February that 70 percent of its condos had already sold at record prices per square foot. Residents are due to move in later this month.

The 33-storey, 500,000 square meter building was designed by Handel Architects from New York. Located at 600 West Second Street, it is the first proper hospitality location outside of California. In an interview with Curbed Austin in November, the group’s president and co-founder, Brian De Lowe, stated that from the team’s first property in San Francisco, we “picked places that we knew and liked,” he said, noting that he was from Bay Area. For similar reasons, the team chose to build in Austin, which he and other team members had come to know through visits and stays with friends over the years – and because they saw a way to meet a need in the downtown hospitality landscape.

“When I come to town, I want to stay out of town [central business district], in areas with funkier, more soulful hotels. That was the thought most of all [visitors] I want or need to be in the CBD but there hasn’t been a hotel that felt great to us. We feel the same way about San Francisco and Santa Monica and the other places we have hotels. ”

The group wanted to create a place with “great style, great design, great food and drink and a cool program, and place it right in a main location in the center of the city.” De Lowe also said that each property in their portfolio has a different style as they are all designed to reflect and are inspired by their carefully selected locations.

To that end, prominent designer Kelly Wearstler joined the team early on and spent much of the next six years of project development literally getting to know Austin inside and out. Wearstler made “many, many, many” trips to the city during this time, says De Lowe. “Traveling to different parts of the city, seeing people’s homes to get a feel for the design, and to make sure the product we build feels like Austin. ”

At the same time, he said, Wearstler’s take on the cities she designs in is always personal and unique: “It brings something completely new, that you have never seen before, but still feel very much about the city you are in “, he said . “She brings her own Austin-style design.” 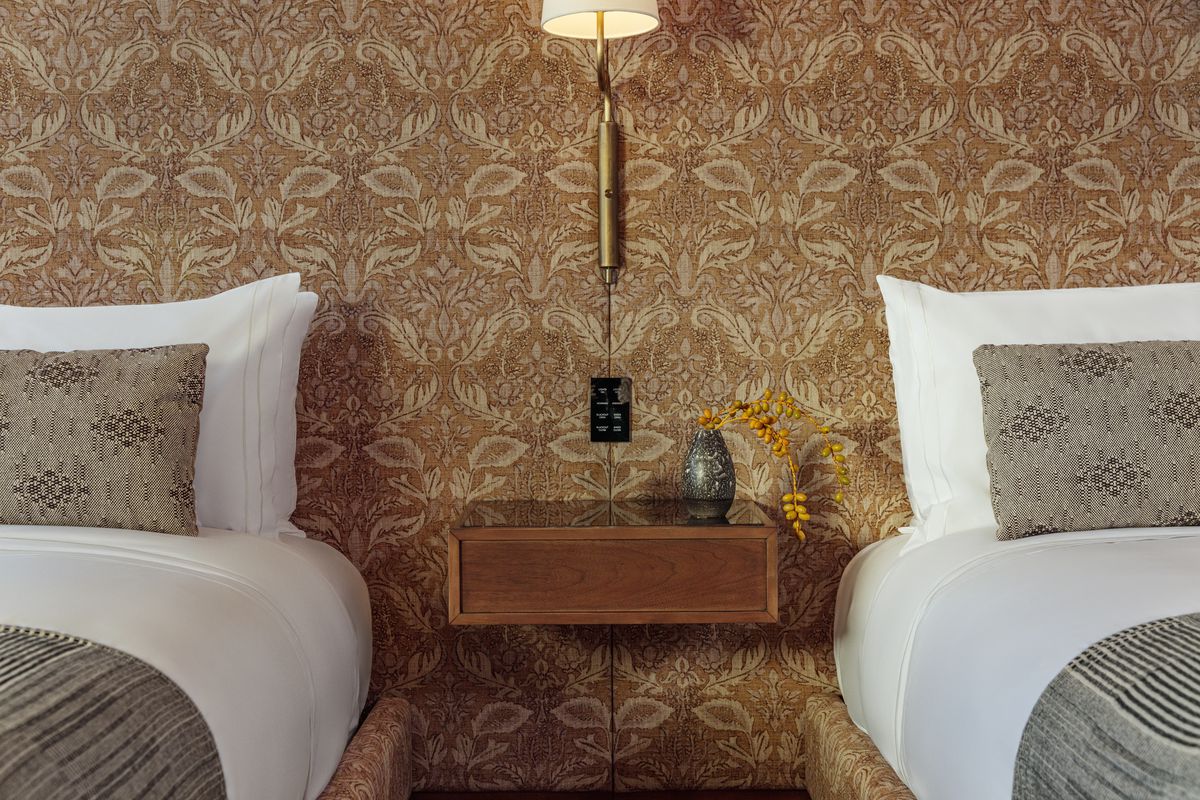 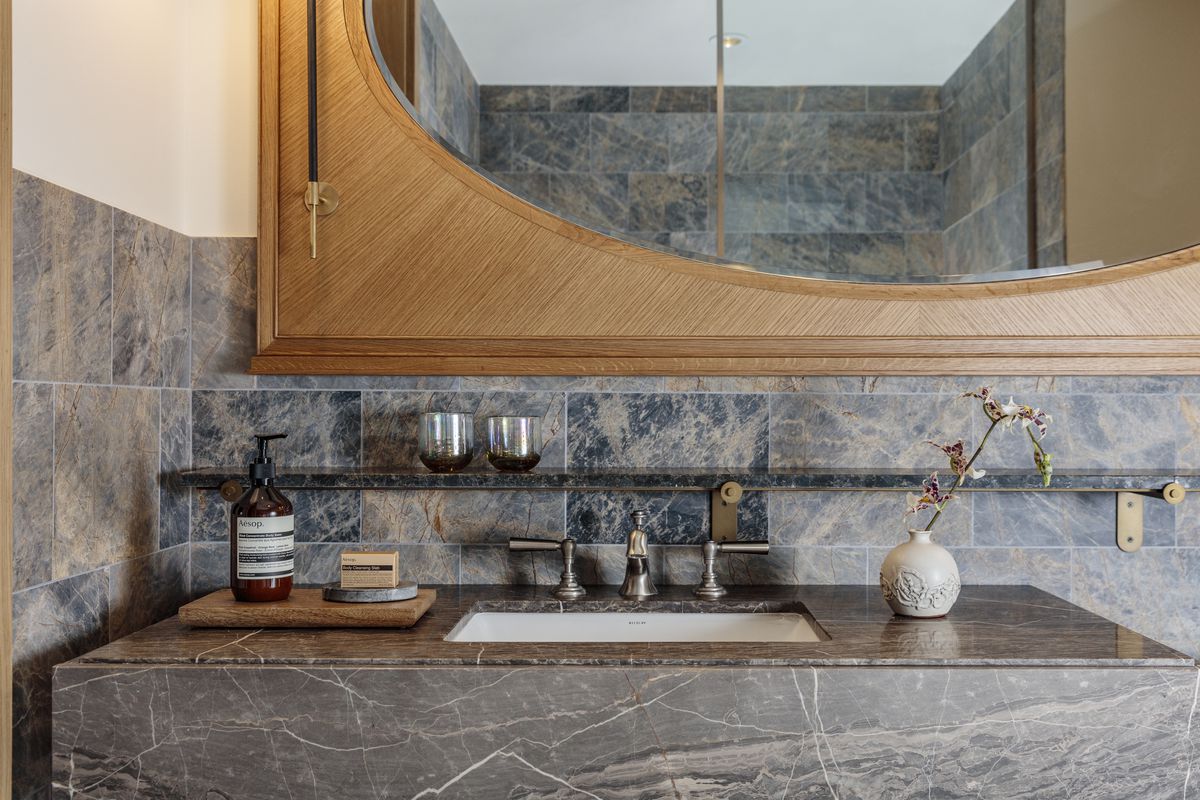 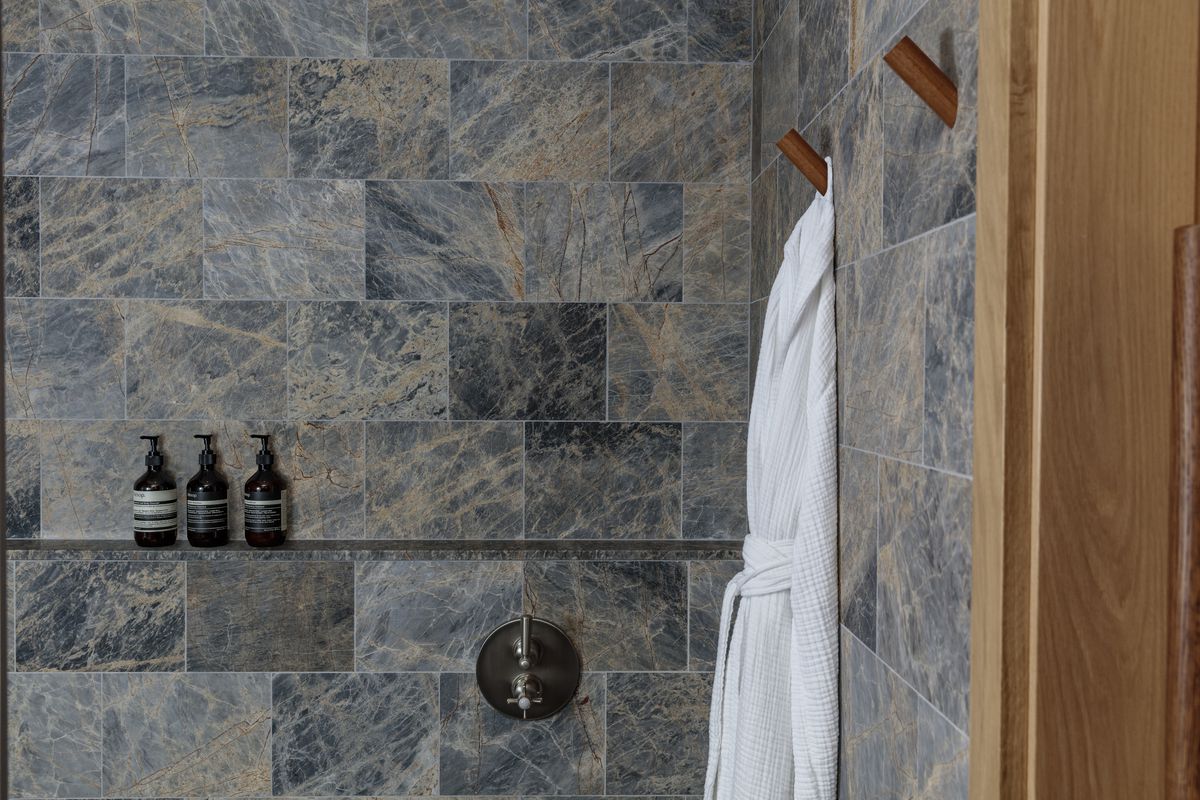 Wearstler was inspired by some historic houses in the style of the craftsmen and, according to a press release, refers to motifs, carpentry techniques, textures and materials of Art Nouveau and handicrafts. What is remarkable in the new space is the “monolithic wooden staircase in the lobby, which is covered with more than 60 interconnected vintage carpets covered with a selection of monolithically assorted pots by the local ceramist Rick Van Dyke,” continues the lamp with 5 feet in diameter with neon accents reminiscent of Austin’s iconic neon signs. ” 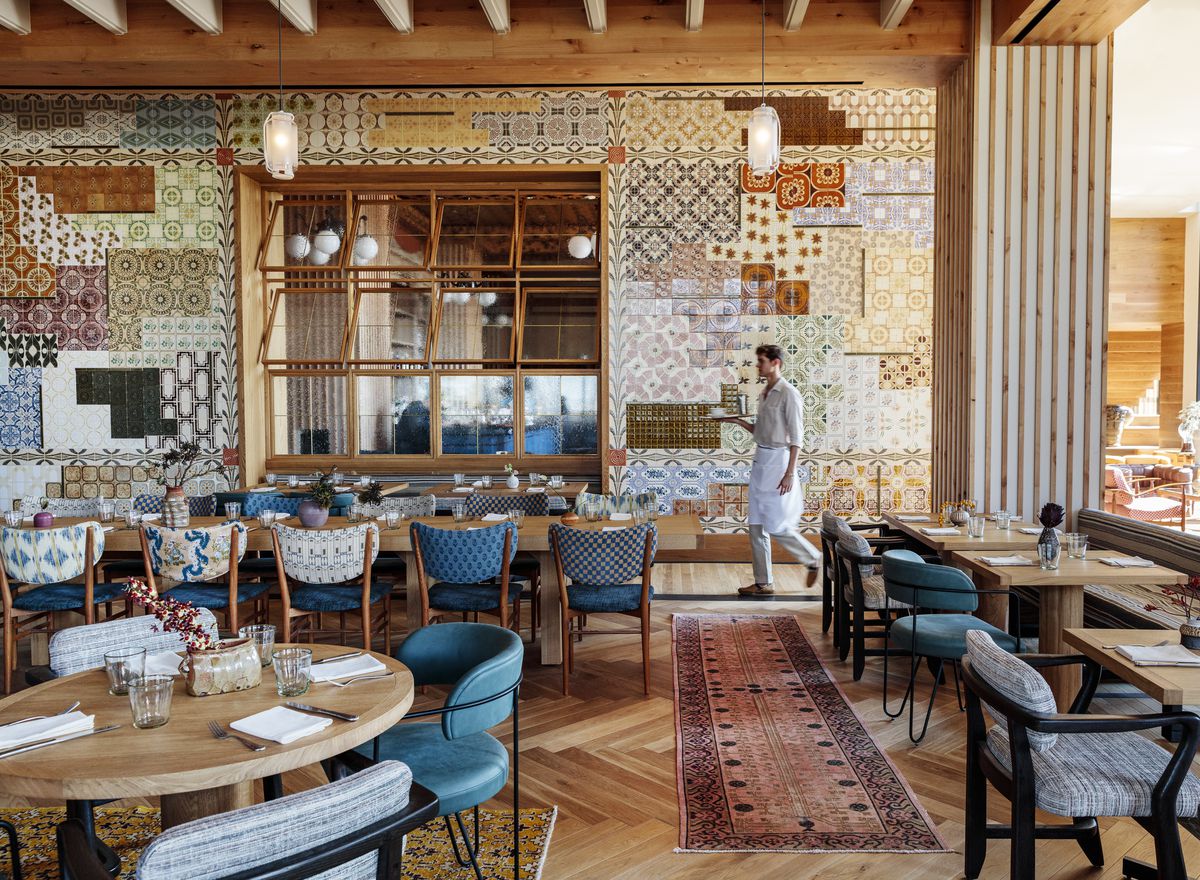 The project is one of the key elements in the redevelopment of the inner city blocks, which formerly housed the city’s former green water treatment plant. It will be part of the nearby West Second Street retail district, the refurbishment of the Seaholm Power Plant and the new central library in the now bustling area. The tower also overlooks Lady Bird Lake and is close to downtown work areas, including the local Facebook and Google headquarters.

This means that Austin Proper is exactly where the founders envisioned it: in the middle of a busy business district, but not far from the main tourist attractions. “There’s so much going on in downtown Austin,” notes De Lowe, who cites its walkability as the main attraction. “We were excited to fill a void in the city.”

While new to the scene, he said, “Our hotels feel very part of the neighborhood,” citing the street entrances to all of their restaurants and bars, as well as the view from the balconies over the sidewalks, giving visitors a long look over the main corridors enable.

In addition to its residences and four dining options, the luxury hotel has (or will eventually do) 244 guest rooms and suites, two elevated swimming pools, a full-service spa and wellness center, and nearly 14,000 square feet of “tech” -activated meeting space and a ballroom with 22 foot high, floor to ceiling windows.