A look at the roofline shows why it is called “The Mullet House”. Just as his hairstyle of the same name from the 1990s promised “business in front, party in the back”, the house presents a modest historical residence with a mod addition that is perfect for social occasions and unfolds behind it.

The original house (i.e. the business part) was built in 1938. It is located in Clarksville, a central area of ​​Austin that was once the country’s oldest surviving Freedom City – a settlement built by formerly enslaved people who were freed after the Civil War – and was founded in 1871 by freedman Charles Clark . Because Clarksville is on the National Register of Historic Places and the tiny house adds to the neighborhood’s historic structure, it couldn’t be removed despite its deterioration.

Award-winning local design firm Matt Fajkus Architecture preserved the facade of the old house and salvaged and reused some of its brick and wood frames on the main level of the house.

The story of the house unfolds from the front door to the backyard and begins with entering a compressed room with dark wall surfaces and heavy antique furniture. As you walk through the house, the rooms get bigger and more open, with much lighter colors and windows that bring in natural light.

To save energy, the west facade has only a few windows, but is interrupted by brick arrangements and cantilevered, metal-clad boxes, which indicate the placement of an inner reading corner and the vanity of the master suite. 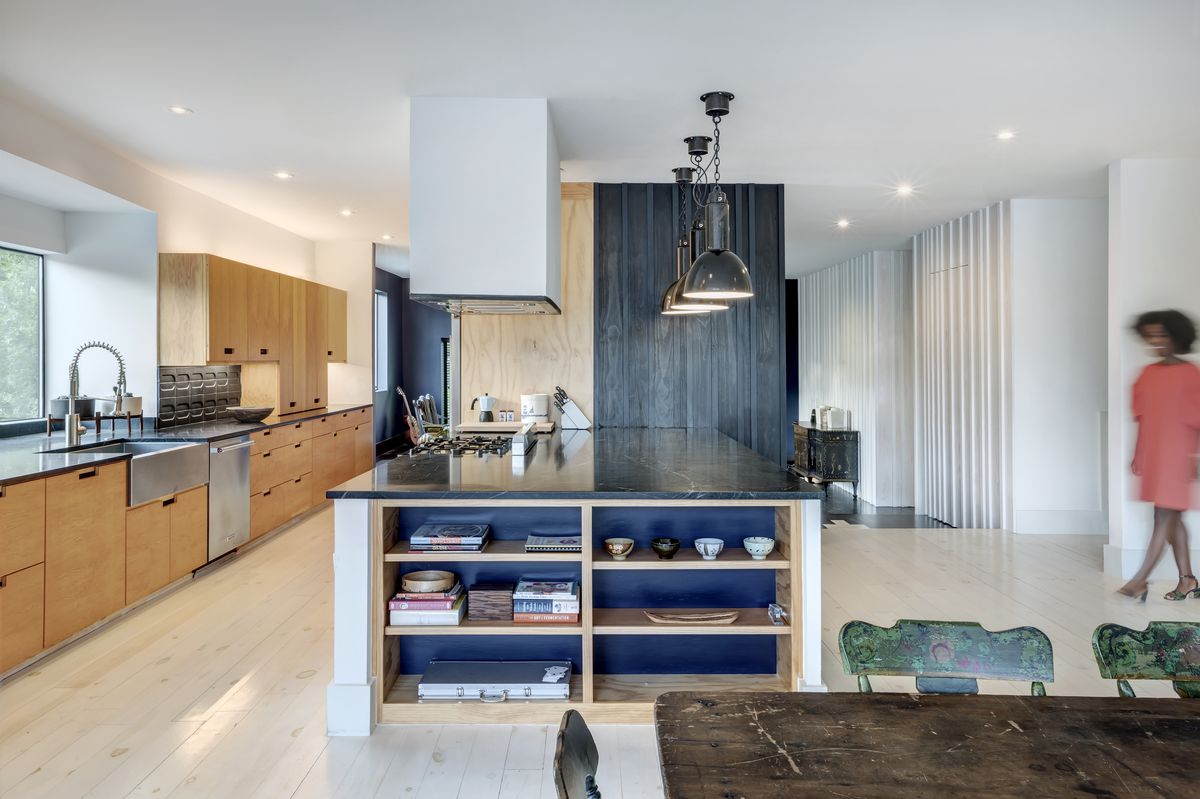 The kitchen, living and dining areas on the floor extend to an outside deck and form a bridge that connects to the flat roof guest house on the edge of the property, which is just over a quarter acre. (To further include the house and its surroundings, a dead tree was also cut on the property to build the dining table.)

The staircase in the center of the three-story, 5.296-square-foot home literally and thematically connects it, culminating in a diagonal slope that breaks up the east facade and captures light and vistas as the old and new sections of the home are brought together. 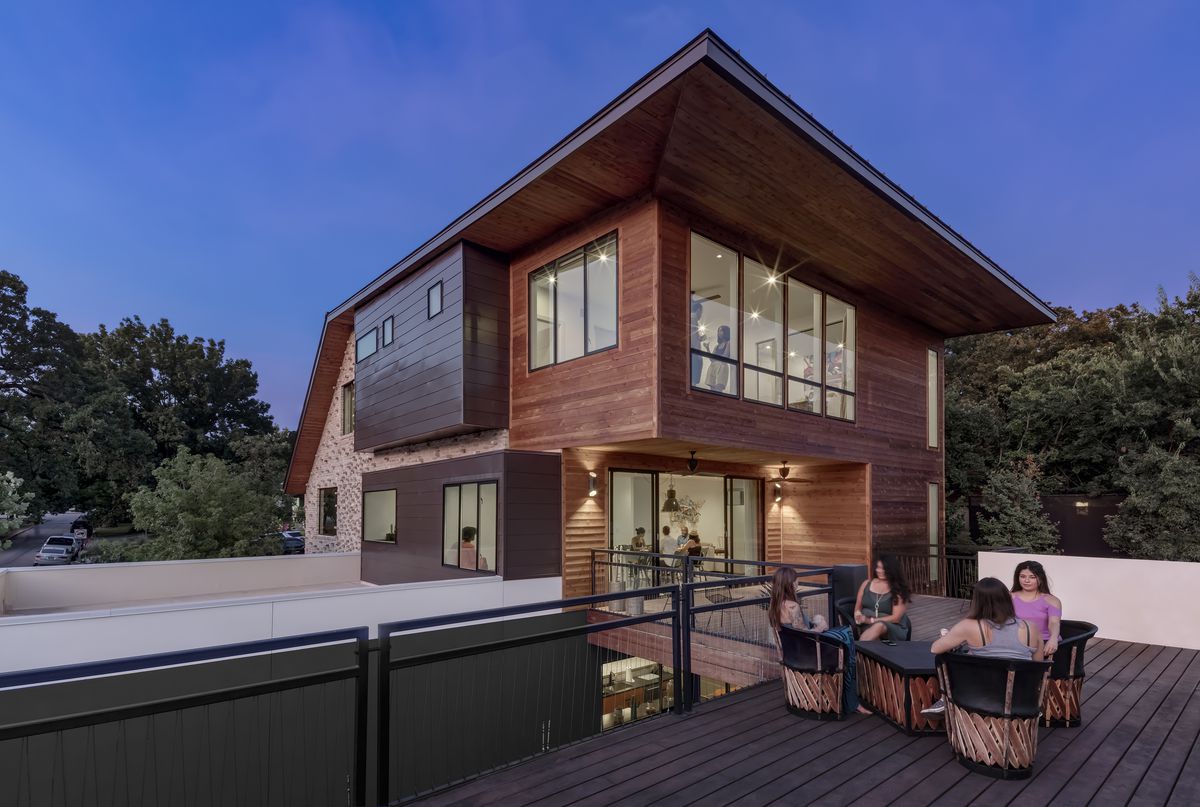 Here’s where to find live music in Austin at…

Herman: A food line for our troubled times –…

Guide to Austin FC home game at Q2 Stadium this…