Texas’s most popular grocery chain (HEB, of course) opened their new state-of-the-art Eastside Tech Hub in July. The facility houses HEB Digital Partners (employees) based in Austin and the new headquarters for the Favor delivery service, which became a subsidiary of the company in 2018.

The two-story building, formerly a single-story warehouse, is located in the Holly neighborhood at 2416 East Sixth Street, one block from HEB on East Seventh Street – a robust neighborhood grocery store that is currently being updated and renovated.

IA Interior Architects worked with HEB to adapt and redesign the 81,000-square-foot industrial space that once housed Austin’s first recycling center and which Gensler converted into a short-lived upcycle space in 2018. The redesigned workspace keeps the unique identities of HEB and Favor intact while celebrating the Texan roots of both companies.

The meeting rooms are named for products from the HEB brand, famous personal assistants from popular culture (in honor of the favor runners), and landmarks and cities in Texas. The toilets are named after Wes Anderson films, a nod to the director’s Houston roots. Materials come from across the state, starting with hickory and pecan blankets, a reception desk framed in native limestone, and crystals encased in bull wire in the entrance vestibule.

Other areas of the tech center, which can accommodate hundreds of workers, include bricks and tiles from San Antonio’s D’Hanis Brick, handcrafted furniture from Marfa, and native Texas factories. The space also displays work by Texas-based creators and artists, including portraits and murals by Will Bryant, multimedia art by RF Alvarez, work by local fiber artist Ellen Bruxvoort, and installations by Marfa artist and sculptor Cody Barber.

The two-story, open-plan office includes areas for collaboration, individual workspaces and a number of meeting rooms with high-tech and video conferencing functions. IA transformed an existing boardwalk (known as “The Greenhouse”) to create a flow and connection between HEB and Favor spaces, resulting in a gathering area filled with natural light. Garage doors open on the east side of the building can be opened to reveal four verandas that can be used for indoor and outdoor meeting rooms. Outside there are also hammocks, table tennis and picnic tables designed by Barber.

As with any tech company worth its salt, the office building includes a coffee bar serving local roasters, a lounge area, a large event space, and a wellness center with a climbing wall, curated fitness classes, bike parking, and showers. In a step that ties in with Google’s Silicon Valley practice, HEB will provide employees with WiFi-enabled shuttle bus rides between Austin and San Antonio throughout the working week. 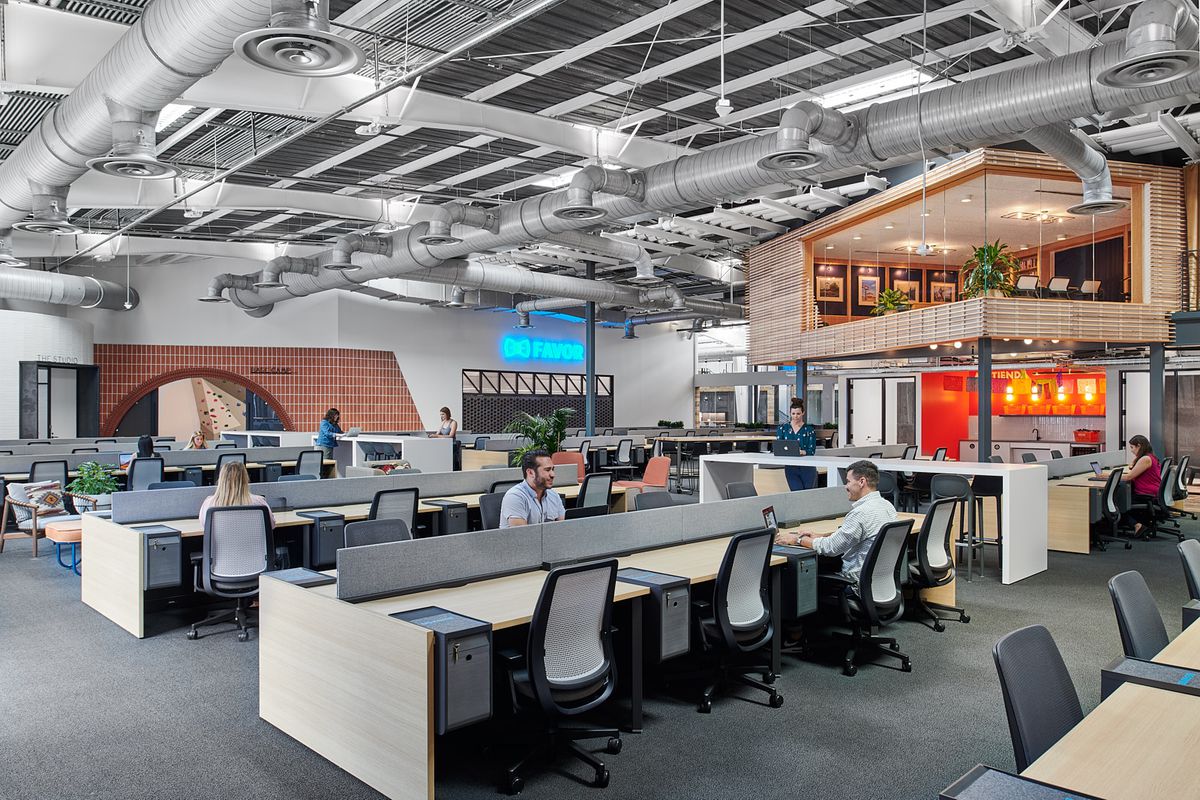 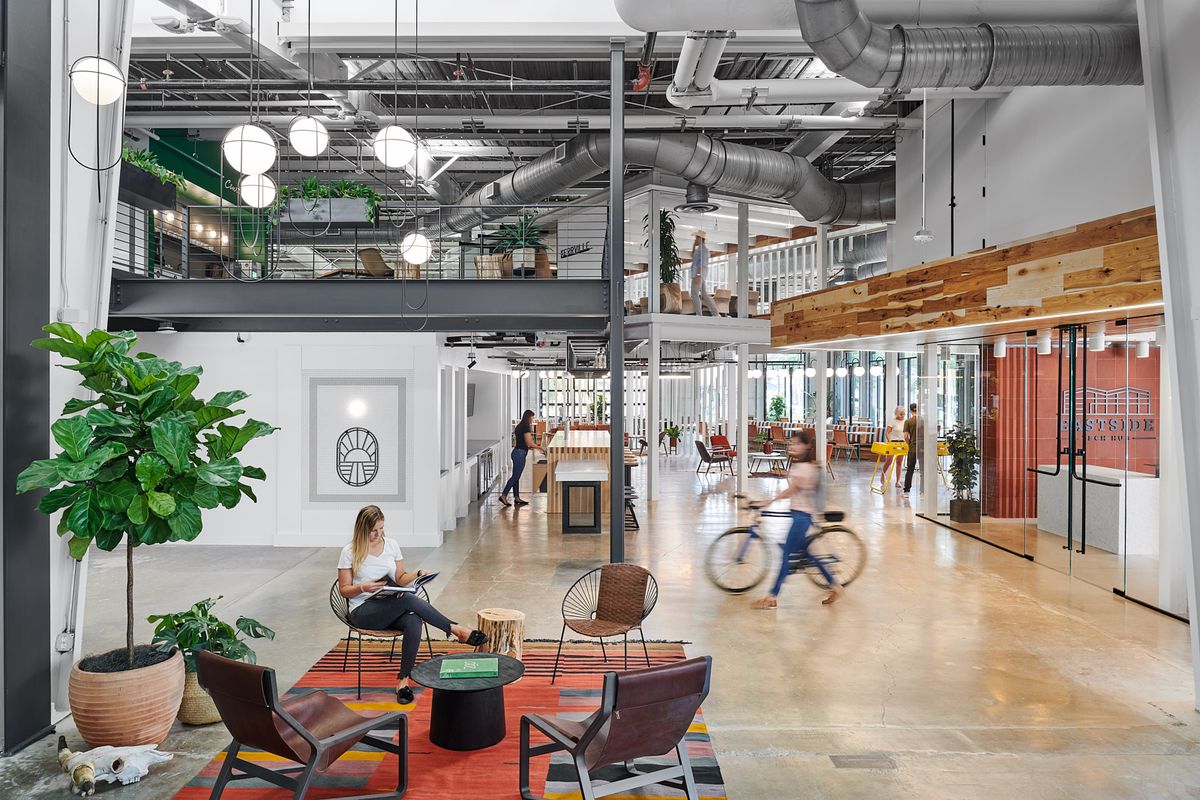 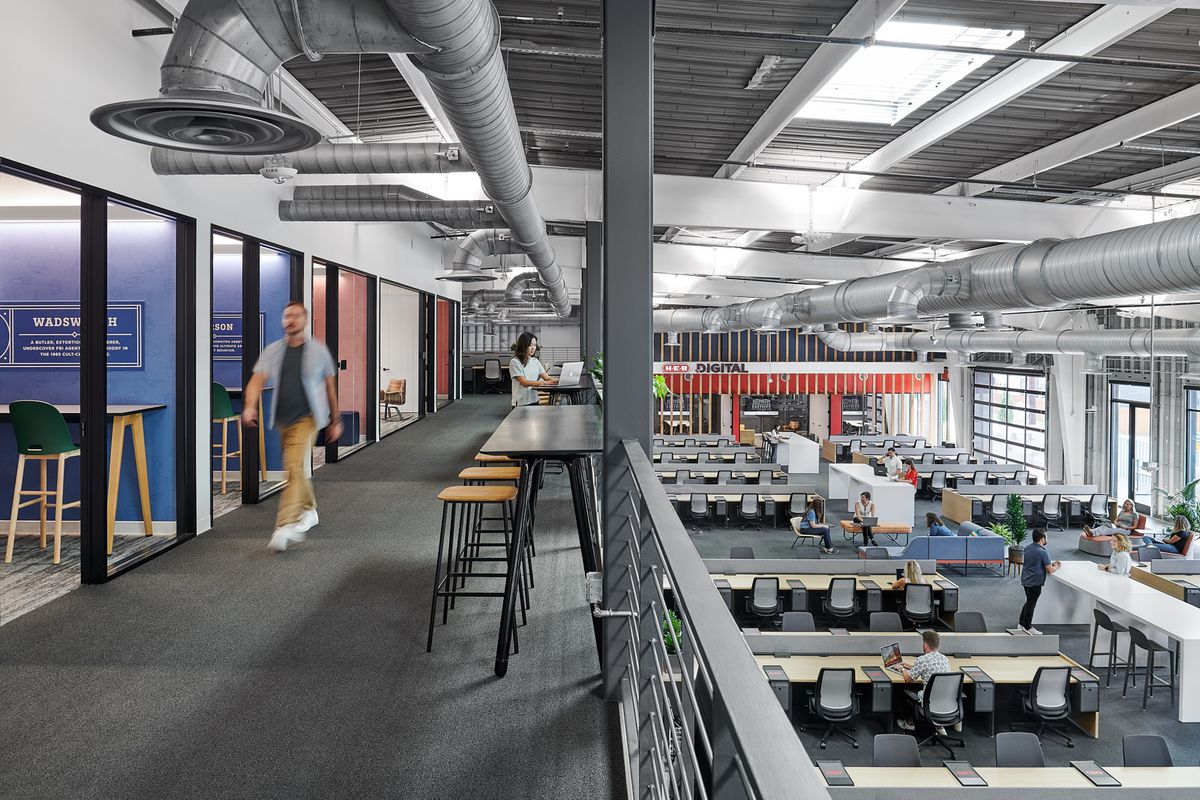 Austin.com Your Complete Guide to the Best Austin…

Look inside one Austin home with bold colors, love…

Guide to 4/20 Events and Resources in Austin:…