The Austin Cookie pop-up Galleta, born in the pandemic, draws influences from both Mexican and Filipino family heritage.

Joseph Gomez was motivated by all things sweet from an early age. His family knew the best way to get him to behave as a kid was with a sugary distraction. “My grandfather always had cajeta, a goat’s milk caramel, in a glass in the fridge,” says Gomez. “So if I were walking around everywhere or being very noisy like I usually was, he would scoop some out of the glass and give it to me. “When the effects of COVID-19 left him unemployed, Gomez originally planned to open his own taqueria but instead turned to bake cookies on the side and found inspiration in the flavors that drove his culinary passion from a young age .

As a result, Galleta, Gomez’s online cookie shop, was born – and quickly turned into a city-wide obsession. However, Gomez had no idea when he started selling his cookies on Instagram that his side business would turn into a full-time, full-time business. Fortunately, his background in the food industry prepared him to start his own bakery. Gomez’s paternal grandfather owned a Mexican restaurant in Brownsville, where Gomez was with his father helping with the dishes. He continued to develop his kitchen during school and college, and when he moved to Austin in 2009, he worked in the kitchen of the Alamo Drafthouse and Easy Tiger. But baking remained a personal hobby until Galleta.

The need to support his family during the pandemic led him to come up with serious recipes that he previously considered part-time employment. And there’s no doubt that the magical, unique flavors that Gomez prepares are in large part responsible for the store’s success. You could call it the Willy Wonka of biscuits – who might otherwise think of combining the texture of Brazo de Mercedes, a meringue-based Filipino pastry (Gomez’s wife is Filipino, and these flavors make it strong on the menu), with home -grown taste of south Texas citrus to a pavlova biscuit? He calls the main inspiration for his desserts “different places that make me happy, that I remember well or that stay with me forever”. 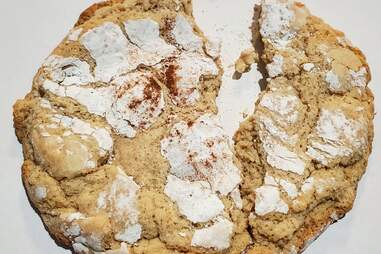 Within this broad spectrum of influences, however, one thread runs through everything Gomez bakes: his Mexican-American heritage. Take, for example, the Cajeta Dream biscuit, which is not only inspired by the Mexican caramel treat that his grandfather bribed him with back then, but which is also dusted with a light pink hibiscus powder that is on an agua fresca, agua de Jamaica , based. As a child, he always drank on hot days. Recently, a customer from Scotland who tried the cajeta dream raved about how the biscuit impressed him when his family was growing goats and they caramelized the milk. “It was pretty cool to see a person from another part of the world connect with it even though they never grew up cajeta,” says Gomez.

His family history is not only an integral part of his product, but it also has a huge impact on his business practices. “My mother’s family consists entirely of migrant workers from Mexico. When they were in the US, they traveled around the country picking fruit and cotton, ”explains Gomez. “They have spent much of their lives working hard to make money and they have fought a lot.” In recognition of this, Gomez strives to source its ingredients only from farms that treat their workers responsibly and pay them living wages. Given how the average person takes for granted the immense amount of work their food produces, they feel obliged to contribute to people who really do the work to care for others. 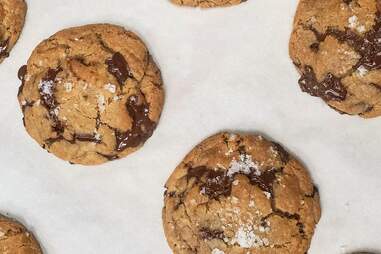 As advice to those who want to dive into his delicious creations but don’t know where to start, Gomez recommends two favorites: the first is the aforementioned Cajeta Dream and the second is Café de Olla Crinkle, inspired by the flavourful Mexican Coffee drink. “It’s a bit crispy on the outside and super fiddly in the middle,” he says.

You can currently only order Galleta through their website. The process is simple: after you’ve checked the menu, fill out a form and confirm it with venmo @thegalletashop. Then pick up your order in downtown Austin on either Saturday or Sunday between 9am and 3pm. Don’t forget your PPE – as stated in capital letters on the website: “No mask, no cookies!”

One of Austin’s best pizzerias closing…

Downtown Austin Restaurants May Be the Last to…