Austin rent compared to other large US cities

Austin renters are aware that rents have increased rapidly across the city in recent years. Viewed from month to month, however, rents have fallen slightly or have remained unchanged since January.

Apartment List, a rental website that uses the US Census Bureau’s average rent statistics and its own listing data for its reports, puts the median rent in Austin at $ 1,192 for a one-bedroom apartment and $ 1,470 for a two-bedroom apartment in February Month-over monthly change was flat.

Year-over-year rents in Austin have risen 3.3 percent since February 2019 – a relatively modest increase, but higher than the national rent increase over the same period, which is also 1.6 percent, the national average of 1.7 percent .

Where the rent increases faster

Interestingly, Austin is part of a phenomenon where rents are growing faster in the Southwest than on the East and West coasts (which could be because rents in the country’s largest cities are astronomical enough to tap into renters, but we wander from). Austin ranks sixth among the top 10 major US cities with the fastest rental growth since the same period last year. 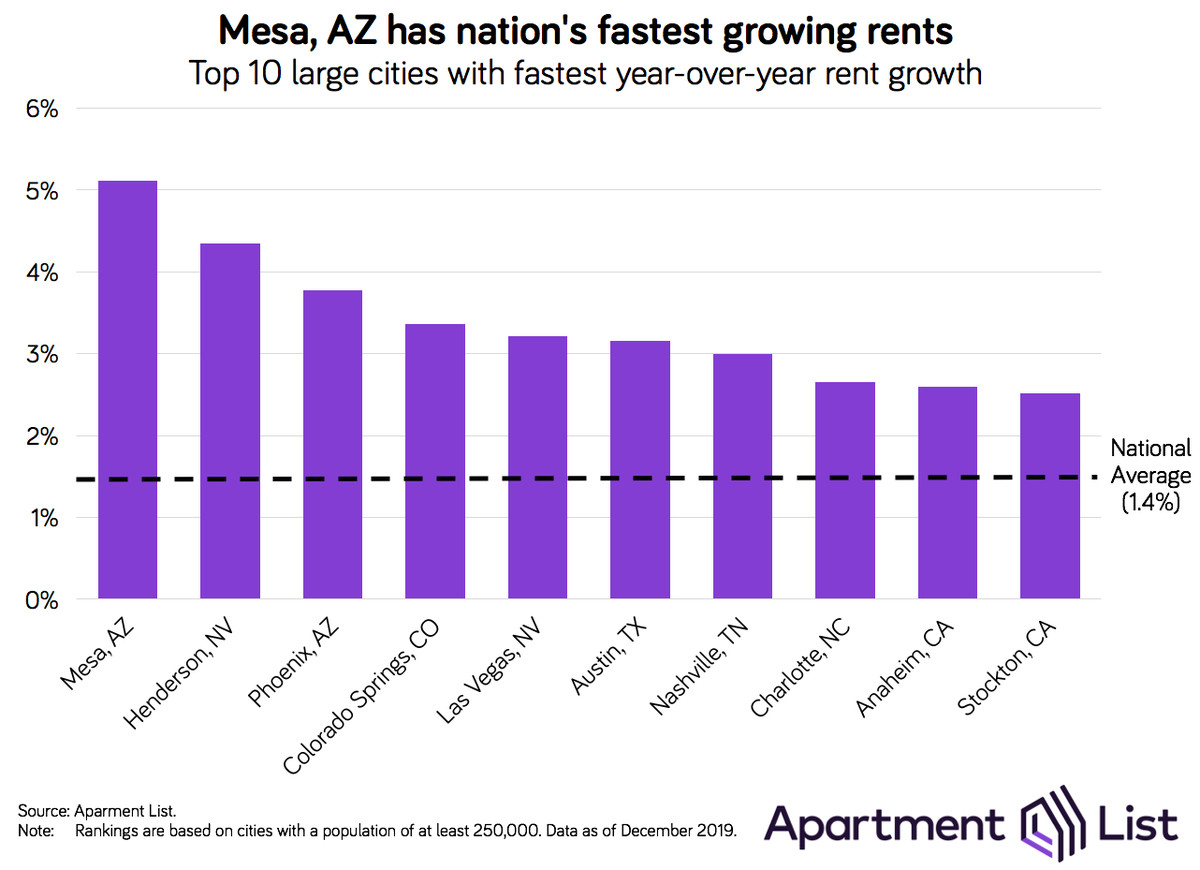 How Austin compares to cities with the highest rents

The US cities with the highest rents consistently – San Francisco and New York City – saw a year-over-year slowdown (although rents were still not rising as rapidly), with New Yorkers rising between 1 and 2 percent and San Francisco’s . Chartwise (and IRL, it is believed) the rent drops dramatically after these two. Even so, they all rose slightly – Austin and Phoenix gains were the steepest.

Austin rents, while still not as high as many cities, are still rising faster than most.

Bill Austin: The Man on a Mission

A Complete Guide to Austin Restaurants Featured in…

Places to cool off in Austin during power outages…

Food apartheid: How Austin is recreating its food…

The story of Austin’s newest, and only Black,…