The Tempo of Music Programming at Austin Public Schools The Hormel Foundation and the MacPhail Center for Music on Wednesday drew up an $ 11 million plan to renovate and create new music rooms in the Austin High School annex.

The space, which includes the construction of a second floor on part of the annex, will house both the high school’s music programs and the MacPhail Center for Music in Austin.

The Hormel Foundation will provide $ 8.7 million for the project, said Mark Stotts, executive director of finance and operations for the district. The district pays the balance. With interest and other charges, the total cost of the project will come to about $ 14.5 million, he said.

The foundation finally approved the plan on Tuesday.

“The Hormel Foundation understands the strong musical culture in our city that has touched the lives of many,” said Gary Ray, Chairman of the Hormel Foundation. “The MacPhail Program is a way to enhance the great opportunity for students and adults of all ages to develop music within the community and keep this strong culture alive on a new level.”

Headmaster Dave Krenz said the idea came from a feasibility study conducted years ago to identify interest in teaching music with MacPhail.

“They found that people really wanted MacPhail to be associated with schools in some way.”

This resulted in a current partnership with MacPhail coming to schools for various projects.

Krenz added that there had been tours of other music institutions to develop a framework for the project.

“We have had excellent music programs for years. This project will allow us to take this to a new level, ”said Krenz.

“It’s very exciting,” agreed Paul Babcock, President and Chief Operating Officer, MacPhail. The depth of partnership that has already developed in Austin schools and is now a facility built specifically for the purpose of teaching music is “unique”.

“In fact, I’ve spoken to colleagues across the country. You have never heard of anything like this anywhere in the country, ”he said.

The building’s street level is also being renovated towards the eastern half of the building. ATS&R architects from Golden Valley will oversee the design. The timber shop, the building and property office as well as the dispatch and reception areas, which are all located at the west end, will be retained. 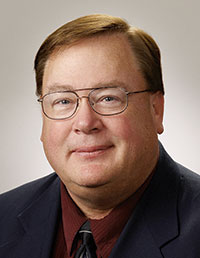 The program for MacPhail resides in the renovated space and includes 11 rooms and classroom studios of various sizes to support one-on-one and ensemble training, music therapy, early childhood music classes, and staff bureaus. The center will have two administrators and 13 teachers.

Austin High School’s music division will include band, orchestra and choir facilities, as well as a music library, practice rooms and storage rooms.

A percussion teaching studio, a recording studio and a large classroom are shared by both programs.

John Alberts, executive director of education services for the district, said MacPhail would be brought in The district was a “true extension” of the music curriculum.

He added that the high school’s three music directors – Christoph Dundas, band; Brian Johnson, choir; and Gene Schott, orchestra – are happy about the changes and are actively involved in the planning.

The work will be funded by Austin Public Schools over a 15-year period, Stotts said. Financing comes from a lease purchase agreement levy and capital facility bonds. No referendum process will be used. The project is expected to be put out to tender in autumn this year.

The renovation work on the annex is scheduled to begin in February 2019. Construction of the second floor is expected to begin in spring 2019.

The curriculum partnership between the MacPhail and Austin Schools Music Programs benefits 1,200 students enrolled in Grades 5 through 12. The MacPhail programs currently reach 1,350 students of all ages, including adults. The center, which is currently renting space at Riverland Community College, will move its entire program to the annex location.

The project, like any project, must be approved by the Minnesota Department of Education over $ 500,000, Stotts said.

Q2 Stadium mural could be the best new place in Austin…

Austin lands first nonstop to the Bahamas, plus…

What Food Experts Hope for the Austin Restaurant…